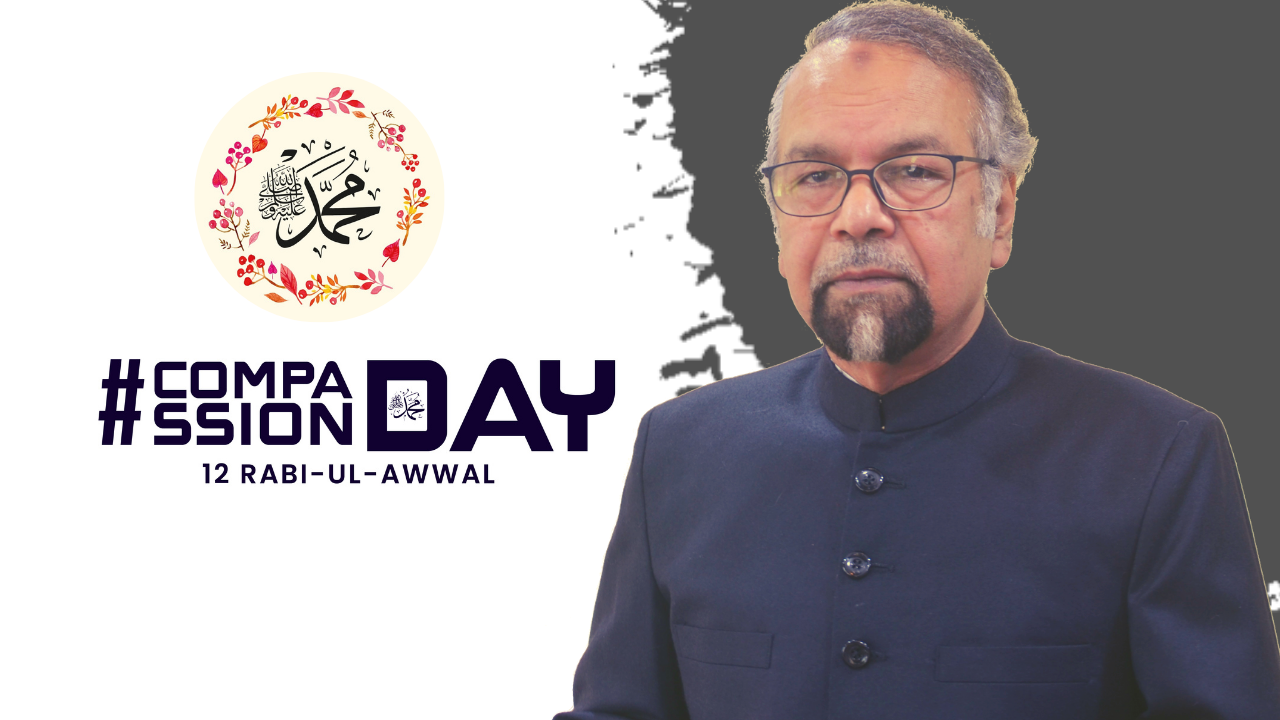 Introduction: Every year, Muslims all over the world mark 12th Rabi al-awwal (third month of the Islamic Calendar) as the birthday of Prophet Muhammad (pbuh). There are a few concerns as to the certainty of the date, however, majority of the Muslims believe 12th of Rabi al-awwal  to be the date Prophet Muhammad was born. Prophet Muhammad during his lifetime never celebrated his birthday or asked others to observe it in any special way. Many generations after him went by with Muslims following his example of not marking his birthday in any specific manner. Later, around 8th century A.D., people started celebrating the Prophet’s birthday with feasts for friends and the poor. The form of celebration kept changing and has now come to what we see around us, which in many ways goes against the teachings of Islam. Is there then a hope that the love and zeal with which Muslims celebrate the birthday of Prophet Muhammad could be channelized to honor the prophet rightfully? Yes, indeed!

WORK (World Organization of Religions & Knowledge): As the name suggests, WORK is an organization that works extensively towards promoting inter-faith dialogue, removing widespread misinformation and misunderstandings between different faiths, uniting people on common grounds for brotherhood and peace, calling people to understand the word of their creator and serving people in distress without any distinction. Towards these goals, WORK has achieved many unparalleled milestones under the leadership of its illustrious president, Allama Syed Abdullah Tariq. Allama Syed Abdullah Tariq is a visionary, an eminent religious scholar and a deeply dedicated social & religious activist, who is committed to bringing peace and harmony in the lives of people both at the individual and societal levels.

Compassion Day – The Dream: Allama Syed Abdullah Tariq and his organization WORK have been observing the birthday of Prophet Muhammad as Compassion Day or Yaum-e-Rehmat since 2010, where they organize events for the welfare of the society e.g. blood donation camps, community lunch for the poor, blanket distribution for the needy, free medical camps etc. The motivation for it is the fact that if any one person deserves to be remembered as compassionate, it is the prophet of Islam – Prophet Muhammad. Allah (swt) repeatedly assures human beings of His boundless mercy in Al-Qur’an  – “My mercy encompasses all things” (Quran 7:156). Allah (swt) is merciful towards all his creation. It is in His extreme mercy that He sent a prophet for all humanity who had compassion, love and mercy not just for all mankind but which extended to the animals as well. Allah (swt) says in Al-Qur’an: 107: “And We have not sent you, [O Muhammad], except as a mercy to the worlds.”

He not only taught the message of love and compassion from Allah (swt), he actually practiced it through his life time. His love for the believers is recorded in Al-Qur’an 9:128 as: “There has certainly come to you a Messenger from among yourselves. Grievous to him is what you suffer; [he is] concerned over you [i.e., your guidance] and to the believers is kind and merciful.”

And even for those who were his cruelest oppressors and bitterest enemies, he would feel pained to such an extent on their state of disbelief that Allah (swt) says in Al-Qur’an 26:3, “Perhaps, [O Muhammad], you would kill yourself with grief that they will not be believers.”

The life of Prophet Muhammad is an embodiment of innumerable acts of selfless compassion towards his companions, enemies, slaves, elderly, women, orphans, prisoners of war, wayfarers, needy, poor and even the animals.

Allama Syed Abdullah Tariq envisions a day where all Muslims across boundaries will come to the realization that the best and the truest form of tribute to the prophet of Islam – Prophet Muhammad would be to do acts of compassion and kindness on the day he was born in honour of his way of life and teachings. Even if there is a difference of opinion on the date that whether it is 12th of Rabi al-awwal or the 17th, Muslims should try to do atleast one act of kindness within their capacity towards any living being on the day they believe is the date on which the Prophet was born.

The Benefits of Compassion Day: Once Muslims world over realize that their love for the prophet should not translate into pompous celebrations on the day the Prophet was born but in emulating the Prophet Muhammad in every aspect of life especially in being foremost in doing deeds of mercy and compassion, following benefits can be reaped by the whole Muslim community:

1. There would be greater involvement of Muslims in the welfare of their societies.
2. General upliftment of the societies will occur.
3. Muslims will gain respect and trust within their societies.
5. Muslims from all over the world will come in a position to petition the UN to recognize the birthday of Prophet Muhammad as the Compassion Day.
6. People from different faith will join hands with the works of charity and goodwill promoting peace and brotherhood on the Compassion Day. And most importantly,
7. Muslims will be able to offer their sincerest devotion towards the prophet of compassion – Prophet Muhammad by finally associating his name with love, compassion and mercy in the hearts and minds of all people. A place which is rightfully his.

The Caution: Allama Syed Abdullah Tariq clarifies that though it is a beautiful way to honour the prophet by celebrating his birthday as Compassion Day, it is to be borne in mind distinctly that this is not to be thought of as an obligatory act. Islam gives freedom to adopt anything that is full of wisdom and goodness for the self or society but such acts are not to be considered an essential part of Deen. Therefore, those people who see its merit, are exhorted to join hands. However, if anybody does not wish to celebrate the Compassion Day, there is nothing wrong in it. Also, to be kept in mind is the fact that acts of mercy and kindness are not to be limited to just Compassion Day. As Muslims, it is our duty to be compassionate and merciful  all through our lives and towards all without any distinction.

The Appeal: It is a sincere request to all who want to honour the prophet to devote themselves to any program of welfare of Allah’s creation on 12th Rabi al-awwal or 17th Rabi al-awwal, whichever they believe to be the Prophet’s birthday. Every person must perform at least one deed of compassion, sympathy, mercy, welfare, love or care for the living beings in his/her own way either collectively of individually.

Let us Celebrate Compassion Day and make it universally popular!

What You Need to Know About WORK

WORK, as an organisation, strives to instil compassion in the hearts of people to help create an interconnected society living together as one.