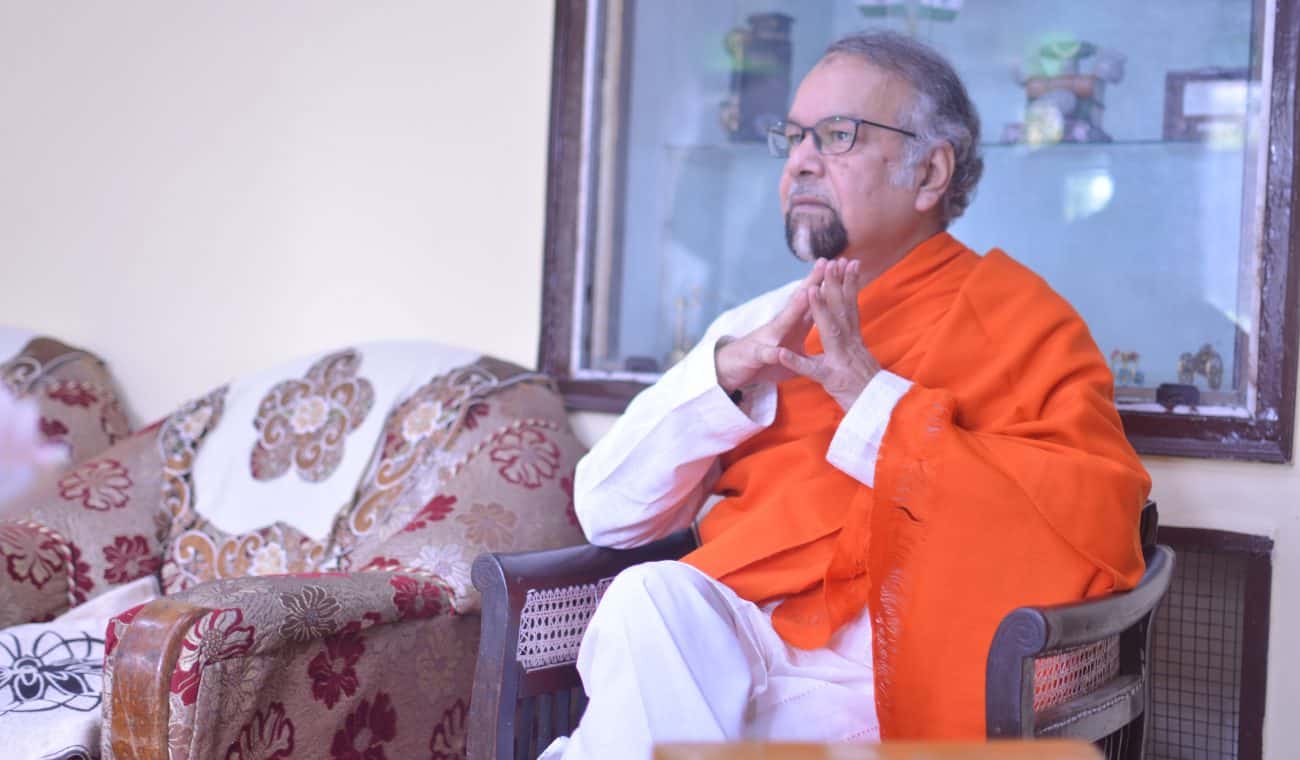 With the downfall of humanity, the Creator always chooses a few of them to remind the rest, of the wrong they are doing and the path they need to walk upon. Syed Abdullah Tariq proved to be one of such humans, who have taken the lead to work with fellow humans in restoring peace in this world through the power of compassion.

Born in 1953 in Rampur, India, Syed Abdullah Tariq pursued Electrical Engineering from Aligarh Muslim University in 1974. An atheist for over a decade, he searched for his answers of creation that led him towards the religious scriptures of Islam and Hinduism. His search came to an end as he met Acharya Maulana Shams Naved Usmani, who taught Syed Abdullah Tariq about the truth of life.

As the Creator works in mysterious ways, Maulana Usmani with no heir and Syed Abdullah Tariq having a thirst to know more, united as teacher and scholar. The former shared all his knowledge with the latter and by 1987, Syed Abdullah Tariq decided to dedicate his life for the matter of unity, humanity, and compassion.

Owing to his knowledge gained from his mentor and research, people soon began to call him Allama Syed Abdullah Tariq.

Allama served as a guest faculty member of the Indian Institute of Management – Ahmadabad – one of India’s most prestigious business schools, for over 15 years to teach Entrepreneurship, while inspiring and motivating India’s brightest minds.

His experience and knowledge can be estimated by the fact that he has been invited by all major religious groups like the Sanatan Dharma, Brahma Kumari, Arya Samaj, Nirankari Mission, Gayatri Parivar, and Christianity, to discuss common grounds and promote communal harmony amongst the people. Allama has been the first person from a different faith to be officially present with his team at different religious gatherings and festivals, including, Mahakumbh (Haridwar), Kumbh Mela (Allahabad). At these grand gatherings, his team has discussed the possibility of coexistence and peace among people of different faiths through compassion. Further, he has been into reforming the jail inmates through his lectures in the prisons of Rampur, Lucknow, Kanpur, Muzaffarnagar, and Hyderabad.

For his brilliant work in communal harmony, Ramayanam Trust of Ayodhya has honoured him with the Ram Kinkar Award, making him the only person with Islamic faith to have been conferred with this prestigious award.

Being an avid writer, Allama penned the book “Yug Parivartan – Islamic Drishtikon” on the insistence of the Gayatri Parivaar. Popular books under his authorship include ‘Agar Ab Bhi Na Jage To’- a literary work inviting Muslims to view Sanatan Dharma in a new light, ‘Kitney Door Kitne Paas’- a comparative study of Vedas and Qur’an on prophethood and ‘Ekta Ka Aadhar’ – on Unitarianism in Vedas. Further, he has compiled several books to reflect on various aspects of religion. Many of his works aim at clarifying the concepts of Hinduism and Islam. A few of his pieces are Gavahi, Shanti Paigham, Islam Ka Swaroop, and Gujarat Ke Baad Haalat Aur Hai. His work Ekta Ka Aadhar, has been translated into English and is well known as ‘He Alone’.

Allama and his team have been striving and continue to work to instil compassion in the fabric of society through different acts of kindness, sharing knowledge, and removing differences from the hearts of the people.

By work
About us

By work
About us

What You Need to Know About WORK

WORK, as an organisation, strives to instil compassion in the hearts of people to help create an interconnected society living together as one.