Belonging to a small town of Rampur in Uttar Pradesh, Allama Syed Abdullah Tariq is a scholar of Islam and Hinduism. He is a well-known personality, venerated and held in high regard in the hearts of people spanning across various communities.

Allama Syed Abdullah Tariq was born into a Muslim family in the year 1953. He secured a Bachelor of Engineering (Electrical) degree in 1974 from Aligarh Muslim University (India). Interestingly, he led the life of an atheist for almost a decade, after which his life took a surprising U-turn and he became attracted to the beauty of Islam. Dedicated studies of various religious scriptures drew him to the truth of tawheed1 and he accepted Islam once again, this time with complete conviction.

FROM ATHEISM TO ISLAM

This was to be the beginning of a beautiful journey dedicated to social work, communal harmony and religious understanding. In the year 1987, Allama Syed Abdullah took a major leap to invest his complete life into matters of deen2 and focus full time into it.

In an interesting turn of events, when Allama Syed Abdullah Tariq was in the initial phase of religious studies, he coincidentally turned up at the door of one Maulana Shams Naved Usmani. A well-known scholar of Qur’an and Hindu scriptures, Maulana Shams Naved Usmani had spent his lifetime in detailed study of these scriptures. However, he had a hard time in passing on this knowledge to the masses and regretted the absence of an heir to carry on his legacy.

This fortuitous meeting with Maulana Usmani set the course of Allama Syed Abdullah Tariq’s life towards dissemination of religious knowledge with the aim to develop understanding, tolerance and harmony amongst different communities of the world. Maulana Usmani was able to satiate the answers of a young and curious Syed Abdullah Tariq. Maulana Usmani served as an inspiration to him and he, as a dedicated promising student, successfully carried his legacy and mission to spread the message of God to the world. Today, that small incident has charted a great journey to bring the masses closer to their Maker, their Creator.

Allama Syed Abdullah Tariq is a student of Religious studies. Being a humble learner, he is an expert on Qur’an, Hadith as well as innumerable commentaries on them. This passion for religion makes him well versed with the Vedas, Upanishads, Gita, several manuscripts of the Bible, Guru Granth Sahib along with commentaries from religious experts.

His zeal is reflected in his knowledge of Indian Philosophy and analysis of Hindu sub-sects such as Gayatri Parivar, Swadhyay Parivar, Rama Krishna mission etc. His research extends but is not limited to the study of uncountable scriptures of other faiths.

His success is marked by the fact that he is amongst the few privileged Islamic preachers to have been invited by all major religious group like the Sanatan Dharma, Brahma Kumari, Arya Samaj, Nirankari Mission, Gayatri Parivar and Christianity to deliver his message of Islam.

Allama Syed Abdullah Tariq’s knowledge and wisdom about Islam is backed by logic and science. A favorite amongst people of all religions, he has a following that extends beyond demographics.

His work expands across the territorial boundaries of Islam. People from all walks of life -business persons, students, professionals, religious experts and others attend his annual dawah camps all over India. These camps have facilities to encourage women to attend and are specially designed for Madressah students to understand other religions better. He travels all across the nation upon being invited by individuals and popular organizations to deliver talks and sermons on Islam, religions, comparative religion and dawah.

He was also invited to speak at The Interfaith Dialogue held in Spain in the year 2008.

In his effort to reach out to the youth and common masses, he was also a contributor in The Islamic Voice – a monthly magazine published and released in Bangalore. His work involved answering innumerable doubts and queries that the readers had.His busy intercity schedule, however, did not allow him to continue for long. It could be said that managing a knowledge-committed lifestyle has always kept him on his toes.

Allama Abdullah Tariq has also acted as a guest faculty member for 15 years in Indian Institute of Management – Ahmadabad – one of India’s most prestigious business schools. Entrepreneurship was the focus of his teaching in which he inspired and motivated India’s brightest minds.

One of the most distinguishing aspects of his religious persona is that he is considered as a beacon of communal harmony and understanding. He is adored and respected by organizations and communities of all religions viz a viz Hindu, Muslims and Christianity.

In 2011, Allama Abdullah Tariq created history by leading a team of dedicated Muslims to the Mahakumbh. The Mahakumbh, a grand Hindu festival, is organized at Haridwar, UP by Gayatri Parivaar and attracts over 50lakh people. Allama Abdullah Tariq led the Muslim team, which took a rath (bus) through the electrifying atmosphere of thousands of Hindu brethren.

The rath witnessed people from both the Hindu and Muslim communities reciting the Kalima3 which manifested into a heart-touching symbol of love, brotherhood, tolerance and harmony. Several Hindus were also observed to have offered the Salah4 that was led by Allama Abdullah Tariq. Many onlookers were left teary-eyed in the presence of the intense spiritual environment roused by Muslims.

Allama Abdullah Tariq has also penned the book “Yug Parivartan – Islamic Drishtikon” on the insistence of the Gayatri Parivaar. He has also given dawah5 for Islam and shared knowledge about the Sanathan Dharma with Atal Bihari Vajpayee, India’s former BJP Prime Minister.

Allama Syed Abdullah Tariq’s work is landmarked by his contribution in changing the outlook of Islam amongst Muslims. Through active fieldwork, lectures and literary inputs he has sown the seeds of Islam as a broader, tolerant, peaceful and scientific religion.

To pursue the path of spreading knowledge righteously amongst one and all he has delivered lectures amongst jail inmates of Rampur, Lucknow, Kanpur and Muzaffarnagar. In 2007, very smoothly he proved the existence of God amongst ex-Naxalites in Hyderabad.

In the ‘World Conference on Dialogue between Religions’ organized by Muslim World League, held in Madrid he delegated on behalf of Muslims in India. His achievements are reflected in successfully imparting spiritual knowledge in several institutes, organizations, amongst various communities and across nations. Each served as a stepping-stone for him in the journey of spreading knowledge of the Creator according to the ethos of Islam       .

Allama Abdullah Tariq’s passion for social contribution has stunned people across regions. In the Nadimarg massacre of 2003, he travelled all the way to extend a comforting hand to the 20 victimized Brahmin families. There was no other organization that dared to step a foot in the conflicting zone.

He was the first to raise his voice against terrorism in Kashmir. In 1998, a large crowd assimilated in Poonch to hear the words of Allama Abdullah Tariq as he boldly declared his war against terrorism. It has been reported that the crowd included hundreds of armed militants.

He is the first person in Indian history to have organized dialogues with scholars of Arya Samaj, Sanatan Dharma, Christianity, Buddhism, Jainism, Theosophical society etc. in mosques. Other than that, he has also set up camps to impart knowledge of Sanskrit in Rampur, Noida and Deoband. The turnover was an impressive crowd of Aalims, Muftis and Burqua clad women who came in masses to perfect their knowledge of Sanskrit.

The World Organization of Religions and Knowledge (WORK) was established by Allama Abdullah Tariq to encourage and organize dawah work. In 2007, it became the only Muslim organization to have acquired the permission for setting up a stall in the Kumbh Mela in Allahabad, UP.

Allama Abdullah Tariq and his team have had the opportunity to set up a stall at Ramayana Mela in Chitrakoot every year. Again, WORK is the only Muslim association to have been a part of one of the major gatherings of Hinduism.

The contributions of Allama Abdullah Tariq have resulted into the Ramayanam Trust, Ayodhya honoring him with the Ram Kinkar Award making him the only Muslim to have been conferred with this award.

In Addition, he shoulders responsibilities as the Secretary of Sarva Dharma Ekta Manch, the Secretary of East West Educational and Cultural Society; the Secretary and Trustee of Forum for Religious Understanding in Rampur and a renowned Patron of the Veda Qur’an Research Institute in Ahmadabad.

Despite belonging to an era where social evils like dowry, casteism and innumerable superstitions were prevalent in the society, Allama Abdullah Tariq stood firmly by Islamic principles that condemned these beliefs. He took upon himself to conduct marriage of several underprivileged youth in the most Islamically appropriate manner. He is also known to extend a big helping hand to Muslims who newly revert to Islam from other religions.

Post Gujarat riots in 2002, he along with his team volunteered for fieldwork and helped relocate several children, ensuring a better future for them. Similarly, the team consistently volunteers in places hit by natural calamities. Until this day, every Friday he allots a specific time to frame religious goals for the week for the betterment of individuals and society at large.

Popular books under his authorship include ‘Agar Ab Bhi Na Jage To’- a literary work inviting Muslims to view Sanatan Dharma in a new light, ‘Kitney Door Kitne Paas’- a comparative study of Vedas and Qur’an on prophethood and ‘Ekta Ka Aadhar’ – on Unitarianism in Vedas.

He has also compiled several books to reflect on various aspects of Religion. Many of his works aim at clarifying the concepts on Hinduism and Islam. Few of his pieces are Gavahi, Shanti Paigham, Islam Ka Swaroop and Gujarat Ke Baad Haalat Aur Hai.

His work Ekta Ka Aadhar, has been translated into English and is well known as ‘He Alone’.

His columns are regularly published in scores of Islamic releases.  Most popular ones being ‘Islamic Voice’- a monthly issue released in Bangalore, ‘Hijab’- an Urdu monthly in Rampur,  ‘Vishva Ekta Sandesh’ and ‘Agar Ab Bhi Na Jage’.

Deciding to walk on the path of Allah brought to his life several tests and hardships. In spite of tough times, Allama Abdullah Tariq did not allow cheer to vanish from his life. Together with the support of family and his team, he persevered for the cause of Allah (subhana wa ta’ala). By the will of Allah (subhana wa ta’ala), every height that has been attained has been the result of his relentless devotion, innumerable sacrifices and humility – values that have been upkept throughout the decades.

Described as a frolic and a jolly person, Allama Abdullah Tariq enjoys spending time with his family and strives to make time out for his grandchildren. Also, he takes pleasure in reading and researching. As a duty-bound Muslim, he has persistently stood up against wrongs in his immediate surroundings as well as in larger community circles. He appreciates a simple lifestyle, disapproves pompous celebrations and believes in working towards setting a good example for the society.

4 the obligatory prayer performed by Muslims 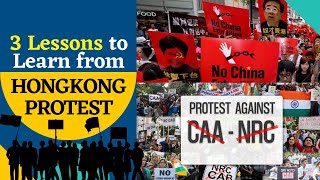 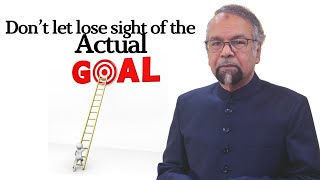 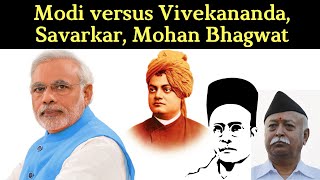 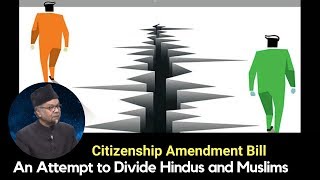 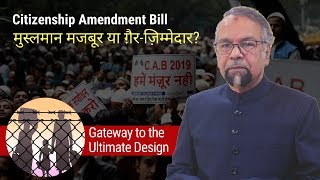